← Talking About Trees Elhum and Joy →

A programme of two films from Palestinian filmmakers made during the Palestinian revolution followed by a Q&A with filmmaker and founder of The Void Project, Azza El Hassan.

Palestine in the Eye chronicles the profound impact of Hani Jawharieh’s death for the PLO Film Unit. The film reflects on his life through interviews with family, colleagues, and his own cinematography, including the moment of his death while filming for the Unit in 1976. Although the film has later been attributed to Mustafa Abu Ali, the Unit’s method of work was to describe everyone as a collective of “workers,” and we see this in the film titles, which collectively list the names of all those who participated as a non-hierarchical collective. Through this reflection on Jawharieh, we are offered an understanding of the workings of the Palestine Film Unit and its international connections.

Restored by Azza El-Hassan, the founder of The Void Project in 2017 with the support of Creative Interruptions AHRC.

In Layaly Badr’s documentary short, Road to Palestine, seven-year-old Layla – who has been badly injured in an air raid – lives in a refugee camp outside Palestine. Layla and her friends describe how they imagine Palestine, despite never having seen it.

Azza El-Hassan and The Void Project:

The Void Project is an art project by filmmaker Azza El-Hassan that looks at the effect of the Israeli state’s abduction and destruction of Palestinian visual archive on Palestinian visual narrative. ّIn The Void Project the looting of visual archives is seen to trigger a process of recreating, salvaging and preserving visual archive; acts that aim to fill the void which is created by the abduction and destruction of archive. The Void Project duplicates these three acts through its projects: Hidden, Archive Fever and Pep Archive and by doing so it aims to contribute to filling the void.

In ‘Archive Fever’, several Palestinian films have been restored, found or identified for restoration within the project. Most recent films to be restored, are films that were made by women filmmakers, during the revolutionary years of Palestinian Cinema. These restorations were done in collaboration between The Void Project and London Palestine Film Festival. 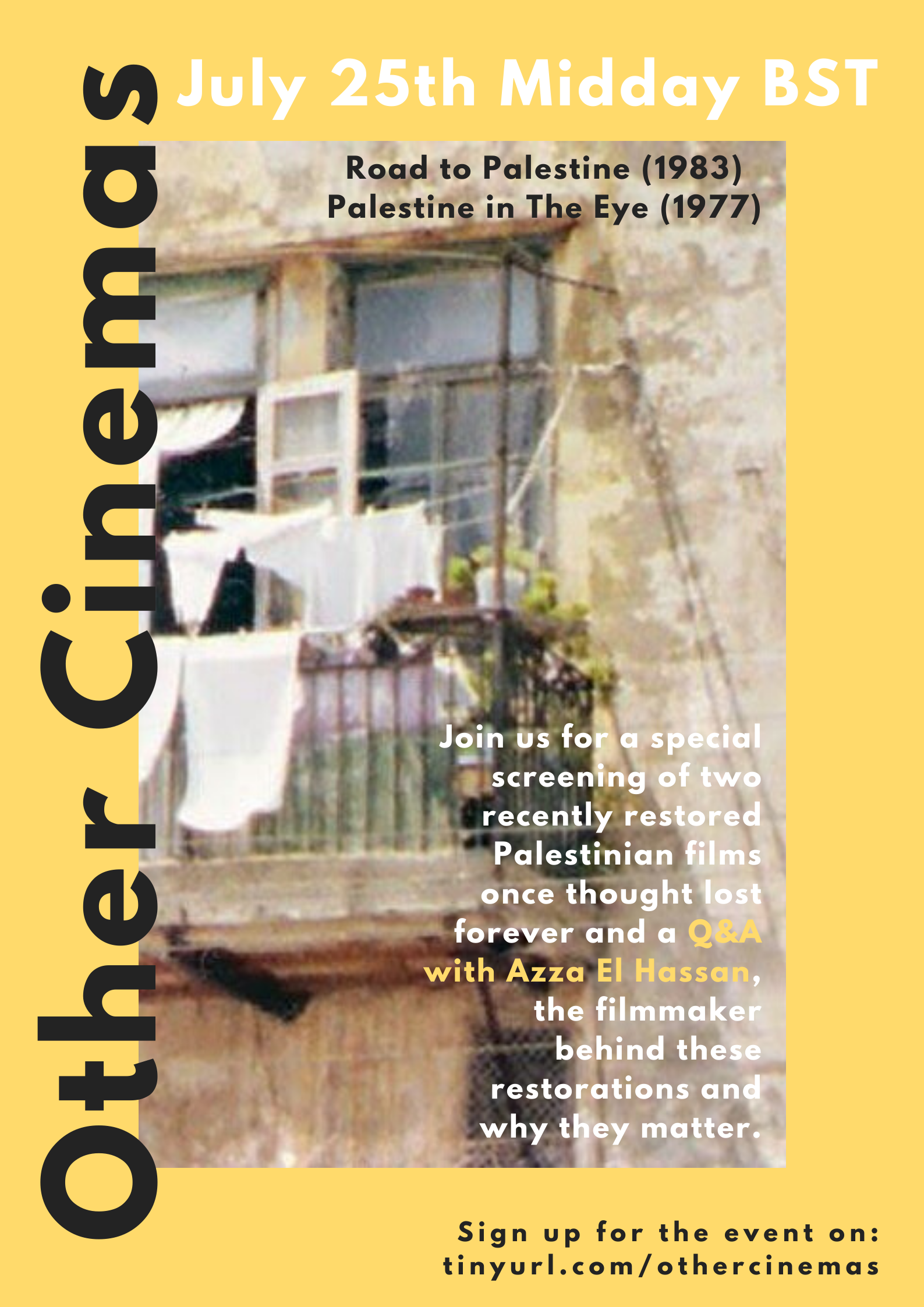