Elhum is an outspoken advocate of the need to challenge mainstream narrative and to bring quieter voices to the big screen. In this special talk with the BAFTA nominated producer, Elhum explores how we can challenge the industry’s in-built elitism and sexism.

Over the last decade producer Elhum Shakerifar has established herself as a vital voice in the world of international documentary, working with a range of directors on highly acclaimed films, including A Syrian Love Story and Almost Heaven.  Elhum is a BAFTA nominated producer, winner of the 2017 Women in Film & TV’s BBC Factual Award, and one of Screen International’s 2018 #Brit50 Producers on the Rise.

This talk will be hosted by Joy Gharoro-Akpojotor, a producer and writer who received Breakthrough Producer Nomination – BIFA 2019 for Blue Story. Joy is also known for Boxx and Haircut and runs her own production company, Joi Productions a Film production company focused on Queer, Black and Female-led work. 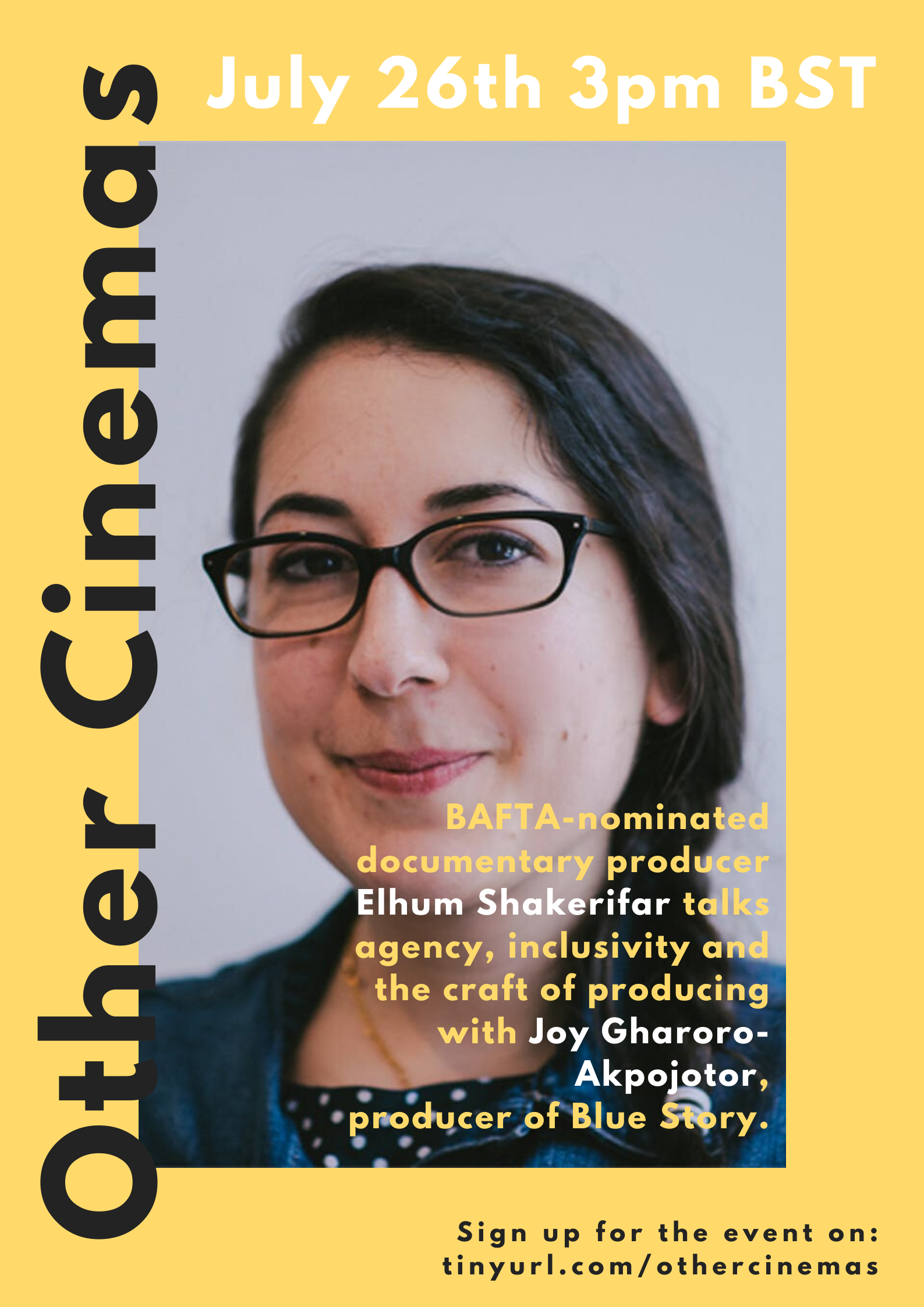