Other Cinemas are pleased to announce our 2021 weekender of events which will be exploring the theme ‘colonialism, legacies and resistances’

“The word griot… is the word for what I do and the role that the filmmaker has in society… The griot is a messenger of one’s time, a visionary and the creator of the future.” — Djibril Diop Mambéty

This year’s weekender, which will take place in person, will explore the ways colonialism seeps into our ways of being; how it shapes them and their values; and how it enforces a notion of ‘progress’ which destroys the very communities that could counter this colonial logic. We also wanted the films to document resistances – communities that sought other ways and other logics, those who fought back with arms and with their own bodies when that’s all that they had. We have also programmed films which in some way showcase the legacies and resistances to colonialism both in the past and the present, and to reflect on the feeling that little has changed.

7pm – This is Not A Burial, It’s A Resurrection (2019), dir Lemohang Jeremiah Mosese

On the Friday evening and Saturday we explore the theme of the weekender through African cinema. As well as screening three films from the continent – Hyenas, Mandabi and This is Not A Burial, It’s A Resurrection – we also will be hosting a panel with talented filmmaker Tomisin Adepeju, curator Awa Konatè of Culture Art Society which works to make African culture and arts accessible and Imruh Bakari who is a filmmaker, writer and former director of the Zanzibar Film Festival.

Hyenas and Mandabi explore the insidious nature of colonialism, it’s omnipresence and the ways it moves through capital. Hyenas captures this through the main protagonists brutal line “This world has made me a whore so I’ll turn this world into a whorehouse”. This ever mutating and ever-present colonialism turns into tragicomic absurdity in Mandabi as the main protagonist tries to cash a money order in a society reeling from French domination. These two films explore in their own unique ways the legacies of colonialism and the impact of modernity.

This is Not A Burial, It’s A Resurrection joins this programme with a simple but spellbinding story of a community pushed out by so called progress and development in Lesotho. Both Hyenas and It’s Not a Burial show communities in flux, values changing and being challenged and the brutal hand of capitalism and colonialism which leaves very little space for those to live outside of its grip. But again, a space is carved out for resistance in a heart stopping finale in ‘It’s Not A Burial, It’s A Resurrection’. Although This is Not A Burial, It’s A Resurrection and Hyenas were made nearly three decades apart they work very well as companion pieces, centring Black women trying to make sense of the world they find themselves in, to find solace, revenge and resistance, in their own communities.

Day 3 of our weekender exploring ‘colonialism, legacies and resistances’.

On the final day of the weekender, Sunday the 14th of November, we will continue the programme’s exploration of the legacies of colonialism and resistances with a focus on the traditions of political filmmaking, past and present.

We start the day at 1pm with screenings of Nadia Latif’s two short horror films, White Girl and They Heard Him Shout Allahu Akbar, films which explore the enduring legacies colonialism in unique ways. Nadia will be joining us for an in-person Q&A to explore the themes of white supremacy in her work and articulating new ways of creating politically aware films that foreground the insidiousness of whiteness.

The theme of resistance continues in our final event of the weekender, a screening of Sarah Maldoror’s brilliant Sambizanga at 7pm. The film paints a piercing portrait of the Angolan anticolonial struggle through the lens of its female protagonist, Maria. Maldoror adapted the film from a novella by Angolan writer Jose Luandino, which was banned till Angolan independence in 1975. The film will be introduced by Ana Naomi de Sousa.

***Press register to book the events you’d like to attend. As seating is limited due to Covid please only book if you are sure you are able to attend. ***

These events are supported by Brent Council, The Yellow and Cinema for All. 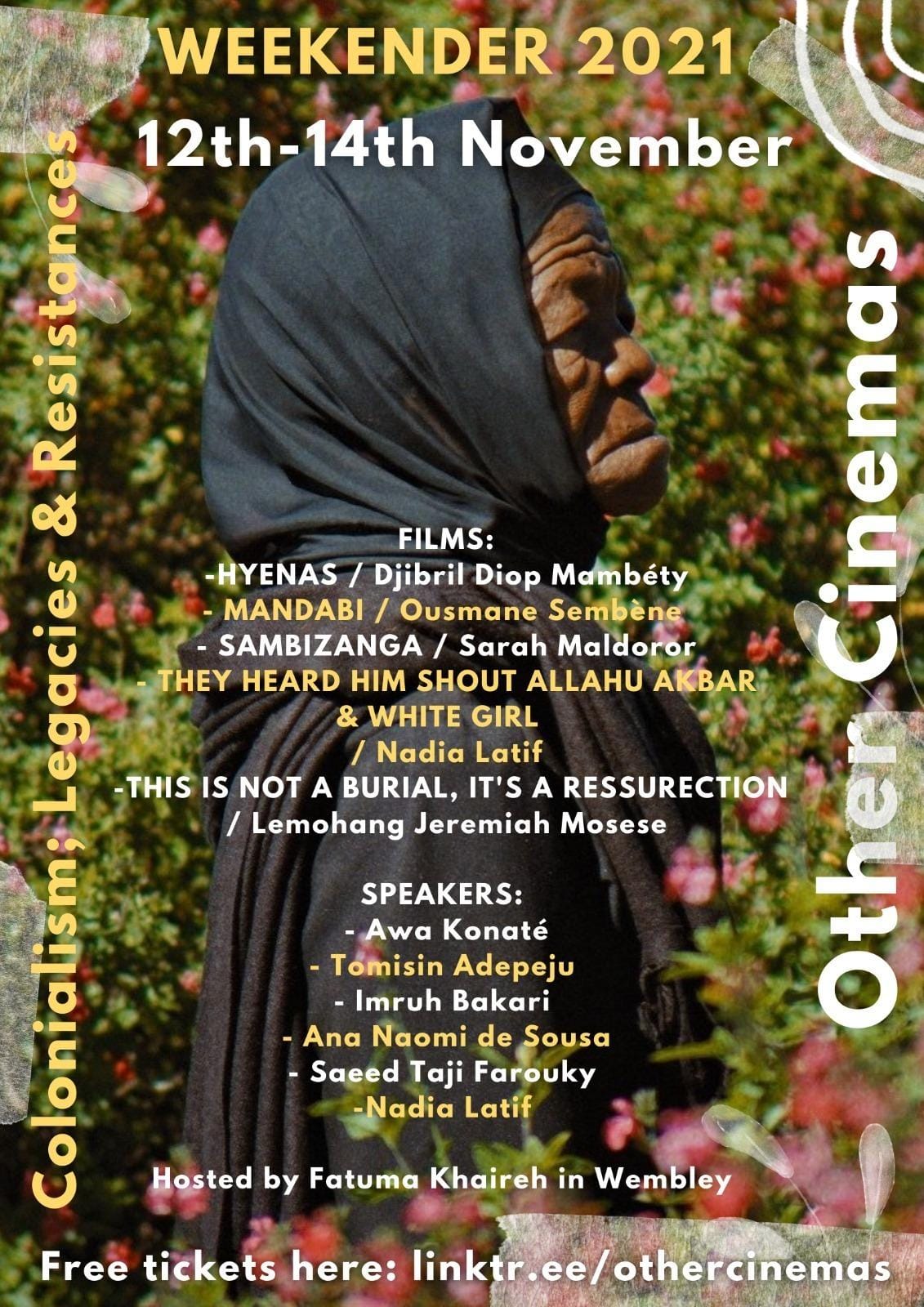 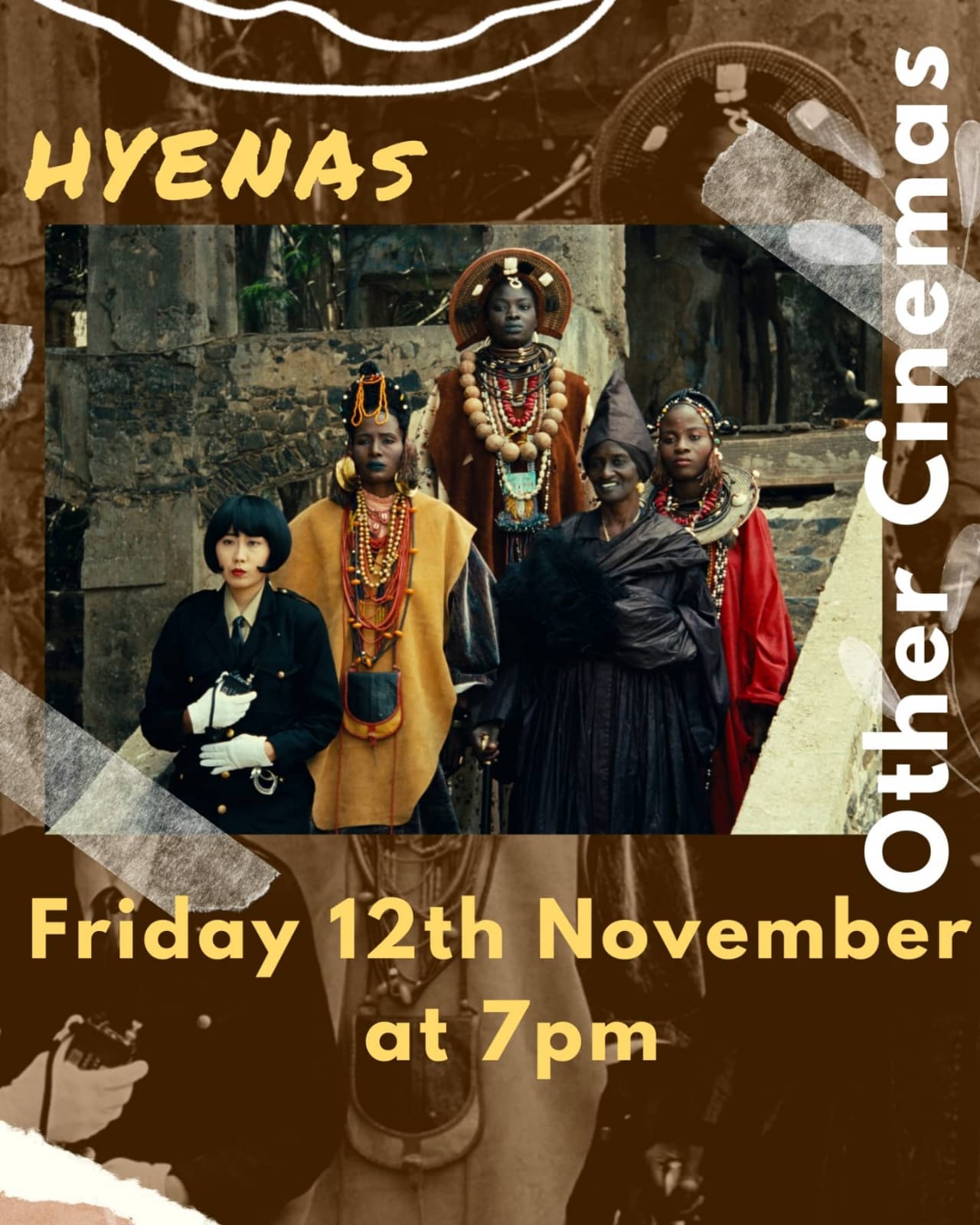 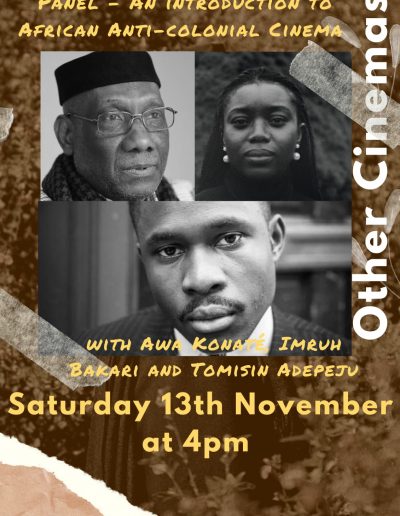 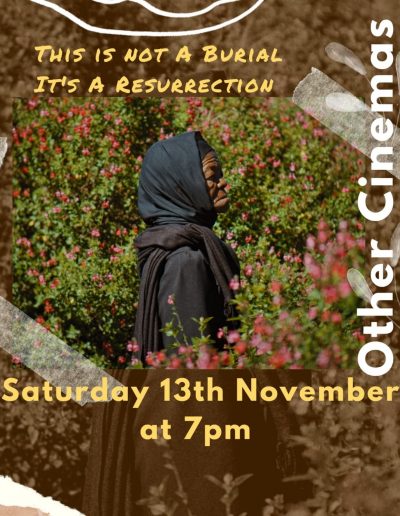 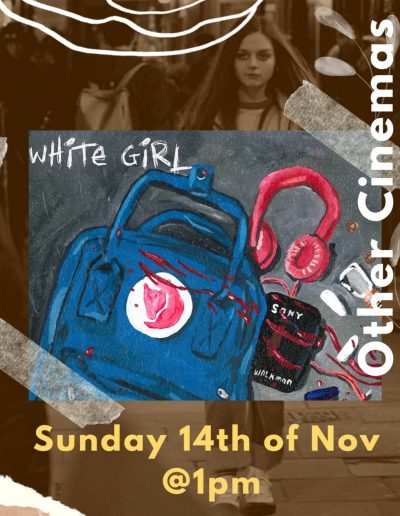 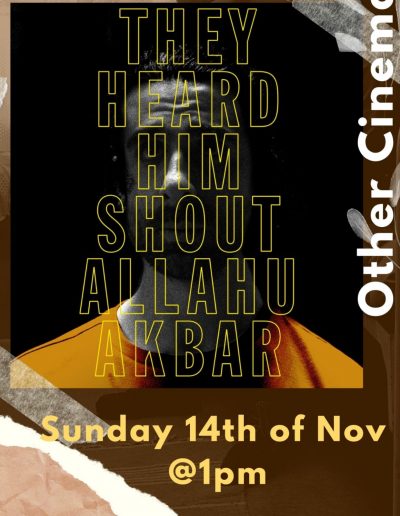 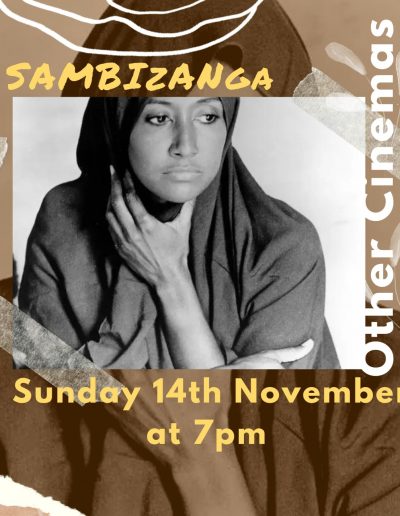