Other Cinemas are delighted to be hosting a live film screening and Q&A with Saeed Taji Farouky on Thursday 9th of July 2020. We will be screening three of Saeed’s films; ‘Tell Spring Not to Come This Year’, ‘They Live in Forests, They Are Extremely Shy’ and ‘Strange Cities Are Familiar’. Saeed’s award-winning and lyrical films traverse both fiction and documentary genres and we are very pleased to be able to bring them to you.

The screenings will be followed by a discussion between Saeed and Joseph A. Adesunloye, an award-winning British-Nigerian Filmmaker.

The films were live-streamed at 6pm BST with the discussion at 8pm.

You can watch the discussion here: 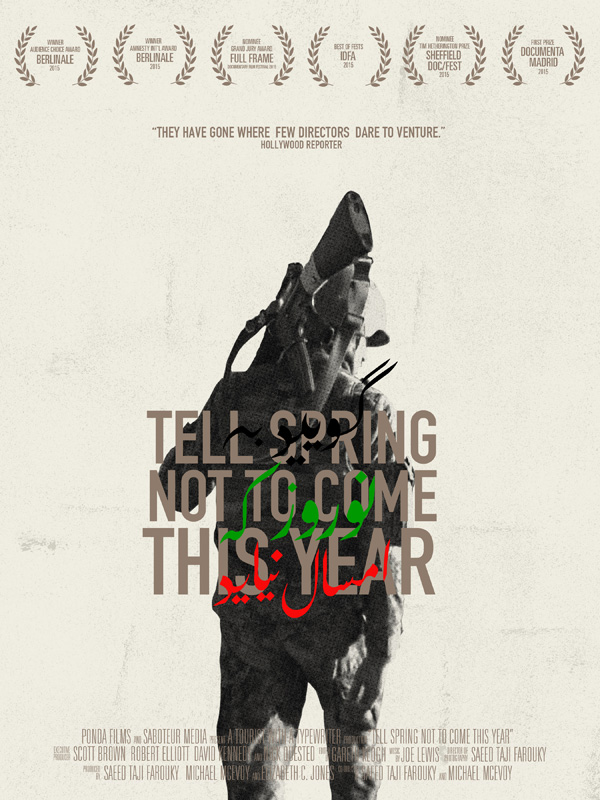 A political refugee living in London tries to get back to his home in Palestine to see his dying son.

The fictionalized story of an Indigenous Australian man invited to London for the Colonial Exhibition of 1886.

Tell Spring Not to Come This Year follows one unit of the Afghan National Army (ANA) over the course of their first year of fighting in Helmand without NATO support. It is an intimate film about the human side of combat, told from a largely unheard and misrepresented perspective, that explores the deep personal motivations, desires and struggles of a band of fighting men on the frontline. Without a NATO soldier in sight, and no narrative but their own, this is the war in Afghanistan, through the eyes of the Afghans who live it.

The film received its World Premiere at the Berlinale in February 2015 and was awarded the Amnesty International Human Rights award and the Audience Award for best documentary.

Saeed Taji Farouky is a Palestinian-British filmmaker who has been producing documentary and fiction work around themes of conflict, human rights and colonialism since 1998. His latest documentary, Tell Spring Not to Come This Year, premiered at Berlinale 2015 where it won the Audience Choice Panorama award and Amnesty International Human Rights Award. It was selected for over 40 international film festivals and awarded Best Documentary 4 times. He has written and directed two short fiction films and is now developing his first fiction feature. He is also the designer and lead tutor of the radical Re:Creative film school, a free film course supporting people from backgrounds underrepresented in the industry.

Joseph A. Adesunloye is a two-time Raindance Best British Short film nominee for his films Beyond Plain Sight (2014) and 46 (2017). His films have also showcased at BFI FLARE, Iris Prize, London Short Film Festival and many others. His debut feature White Colour Black saw Joseph nominated for the BFI IWC Schaffhausen Prize in 2016. He was also longlisted for Best Screenplay for the film’s script at BIFA 2017. His second feature FACES was nominated Best International Feature Film at the Durban International Film Festival 2018 and won best feature film at the Durban LGBT Film Festival. Joseph’s latest short 2064 was a semi-finalist at the YouTube & Pan African Film Festival competition 2020.