As part of our July Weekender that interrogates what an(other) kind of cinema can look like will be screening the incredible ‘Talking About Trees’ by Suhaib Gasmelbari which captures the fate of a generation of filmmakers in Sudan, their efforts to revive a culture of cinema as well as bringing attention to Sudanese film history. The documentary was made by a young Sudanese filmmaker which we think is important in, again, showcasing the importance of rooting ourselves in our own history of film and amongst our own filmmakers.

In an attempt to revive an old cinema in Sudan, four friends encounter insurmountable resistance. The film, which focuses on the history of Sudanese cinema, also sheds light on the current situation in a troubled country and is a tale of friendship and love of cinema.

Ibrahim, Manar, Suleiman and Altayeb are the members of the Sudanese Film Club founded in 1989. Unable to make films for years, they have decided to revive an old cinema. They are united not only by their love of cinema and their passionate desire to restore old films and draw attention to Sudanese film history once more but also by the fact that they all enjoyed a film education outside Sudan.

Their plans to renovate the outdoor cinema come up against bureaucracy, lack of cash and a general fear of upsetting “he who cannot be named.” (The film was made before the recent overthrow of Omar al-Bashir). Even if their plans may be unfulfilled, the strong solidarity and humour of the four no longer young men, do give hope for the future.

“A poignant and witty documentary” ★★★★ – The Guardian

“Profound — a tribute to the strange communal magic of cinema, and what happens when it becomes invisible.” ★★★★ – FT

Suhaib Gasmelbari was born in 1979, in Sudan, and lived there until the age of 16. Talking about Trees is his first feature-length documentary. He is also a researcher with a special focus on audio-visual archives. Through his research, he was able to find some long-lost Sudanese films and he actively participates in international and local projects for saving and digitising Sudanese films, including those of Ibrahim Shaddad, Suleiman Mohamed Ibrahim and Altayeb Mahdi. 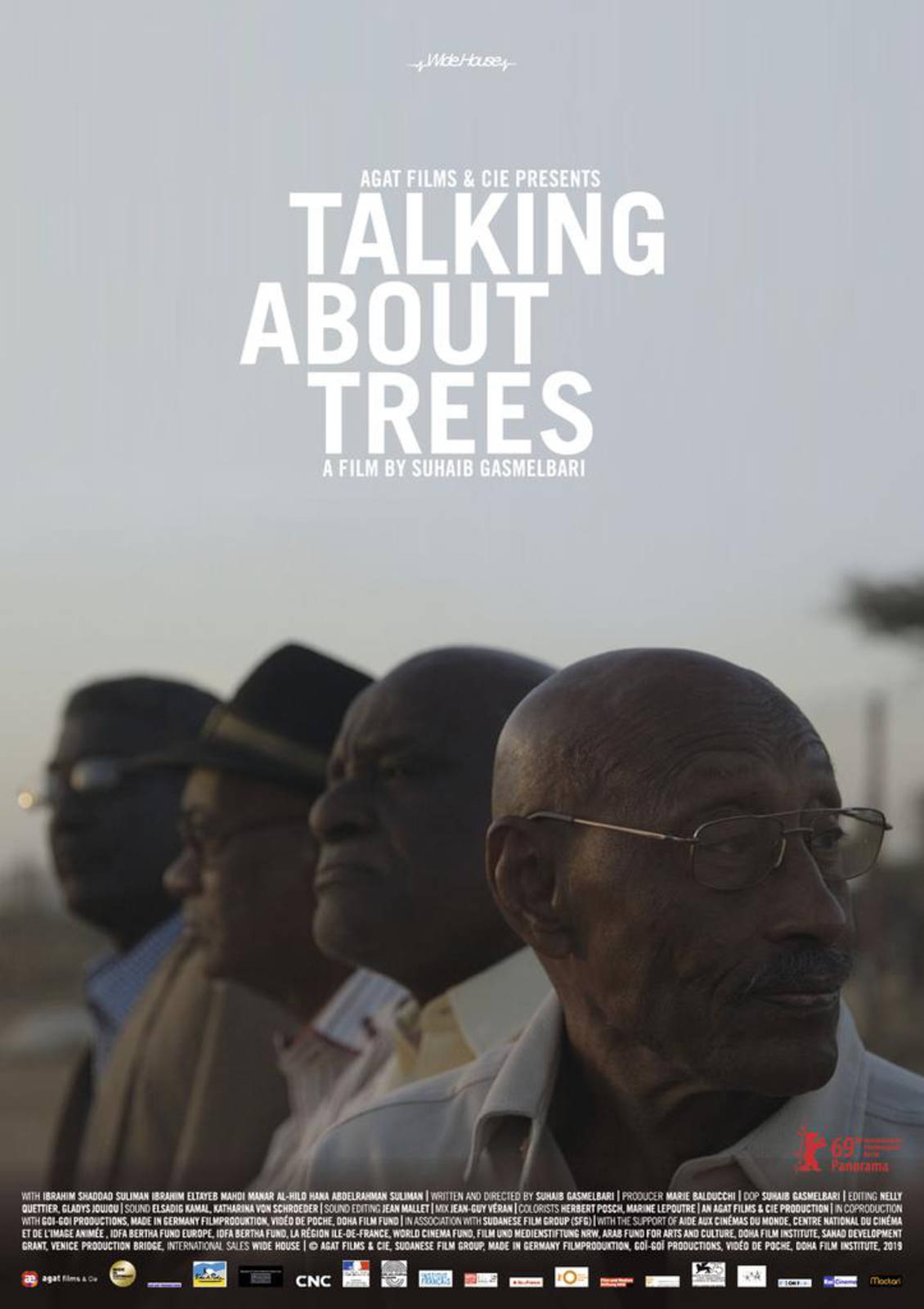 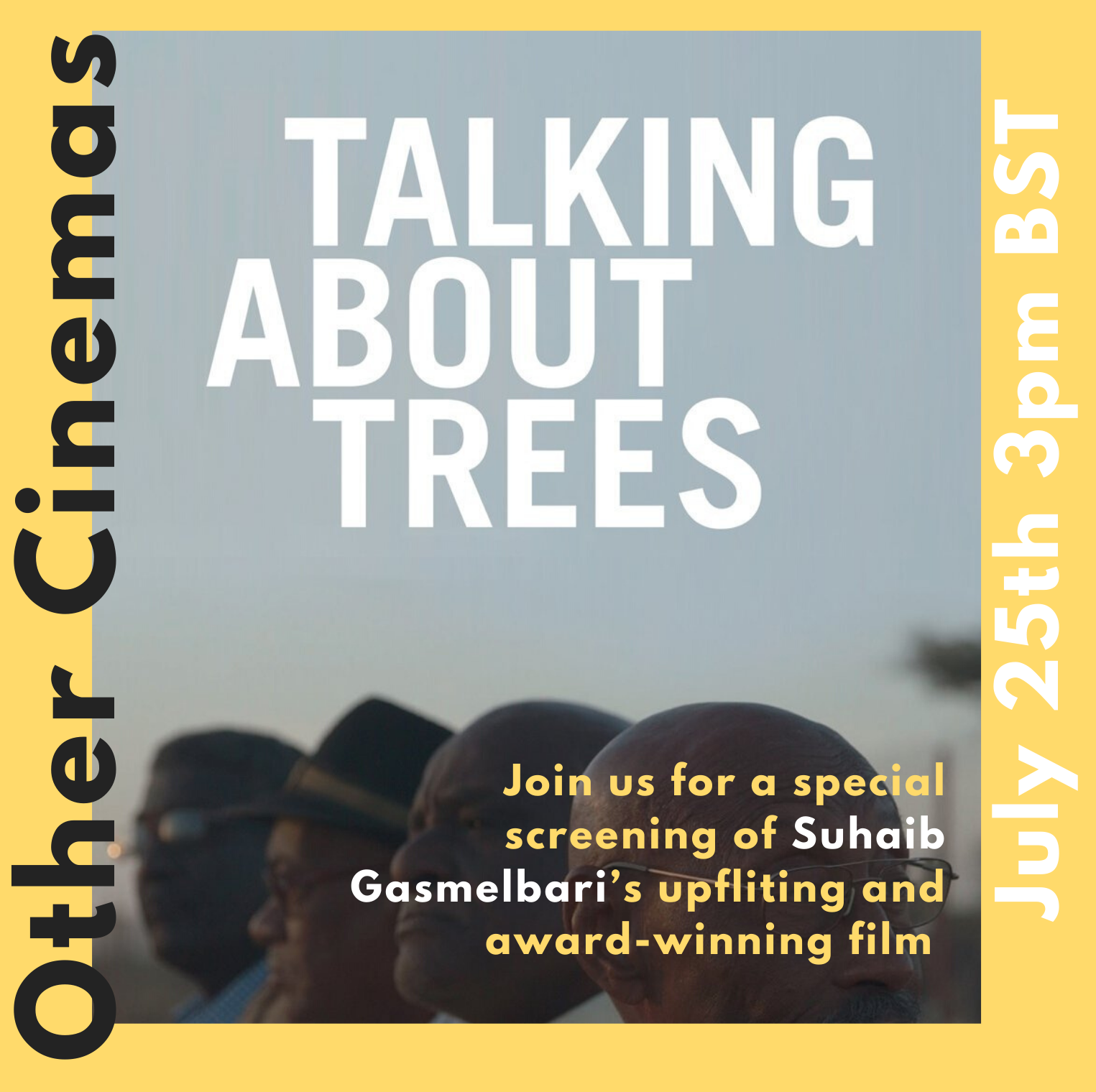