Other Cinemas are pleased to invite you to a free screening ‘UDITA’ (Rise), a powerful documentary about the struggle of female garment workers in Bangladesh. The screening will be followed by a discussion + Q&A with the director, Hannan Majid & Richard York. The Q&A will be chaired by John Pandit, who produced the music for Udita.

Produced by The Rainbow Collective and OpenVizor, ‘UDITA’ follows a turbulent 5 years in the lives of the women at the grassroots of the garment workers struggle in Bangladesh. From 2010, when organising in the workplace would lead to beatings, sacking and arrests; through the tragedies of Tazreen and Rana Plaza, and to the present day, when the long fight begins to pay dividends. We see this vital period through the eyes of the unions’ female members, workers and leaders. ‘UDITA’ weaves together characters from acclaimed documentaries, ‘The Machinists’ [2010] and ‘Tears in the Fabric’ [2014] with new faces and scenes, filmed in 2015 with the women at the frontline of the struggle.

Since 2006 Hannan Majid and Richard York have produced, shot and directed documentaries in South Africa, Bangladesh, Iraq and the UK and have won awards in Dubai, France, USA and the Czech Republic.

Rainbow Collective, is a unique production company, formed as a social enterprise and committed to raising awareness on issues of human and children’s’ rights through powerful cinematic documentaries and have collaborated with Amnesty International, The Consortium For Street Children, War On Want, TRAID, Labour Behind The Label, International Labor Rights Forum and many others.

John Pandit (Pandit G), musician and campaigner, was the original founder of Asian Dub Foundation alongside the bassist Dr Das in 1993.

To learn more about The Rainbow Collective visit www.rainbowcollective.co.uk 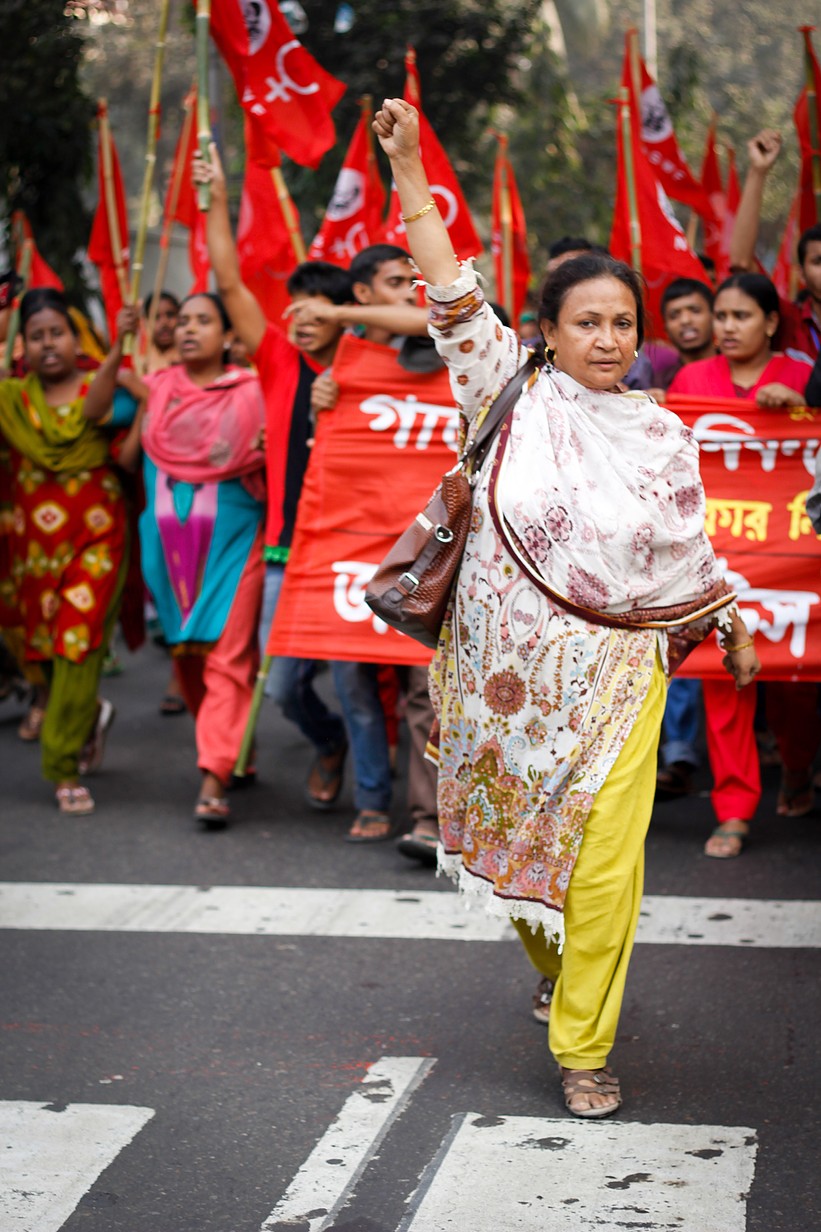