For Halloween 2019 we screened Under the Shadow (2016), the debut feature of director Babak Anvari. As a mother and daughter struggle to cope with the terrors of the post-revolution, war-torn Tehran of the 1980s, a mysterious evil begins to haunt their home.

Tehran, 1988. Shideh lives amid the chaos of the Iran-Iraq war. Accused of subversion and blacklisted from medical college, she is in a state of malaise. Furthermore, her husband is at war, leaving her alone to protect their young daughter, Dorsa. Shortly after a missile hits their apartment building but fails to explode, Dorsa falls ill and her behaviour becomes increasingly disturbed. Searching for answers, Shideh learns from a superstitious neighbour that the cursed, unexploded missile might have brought in djinns – malevolent spirits that travel on the wind. Convinced that a supernatural force within the building is attempting to possess Dorsa, Shideh finds she has no choice but to confront it if she is to save her daughter. 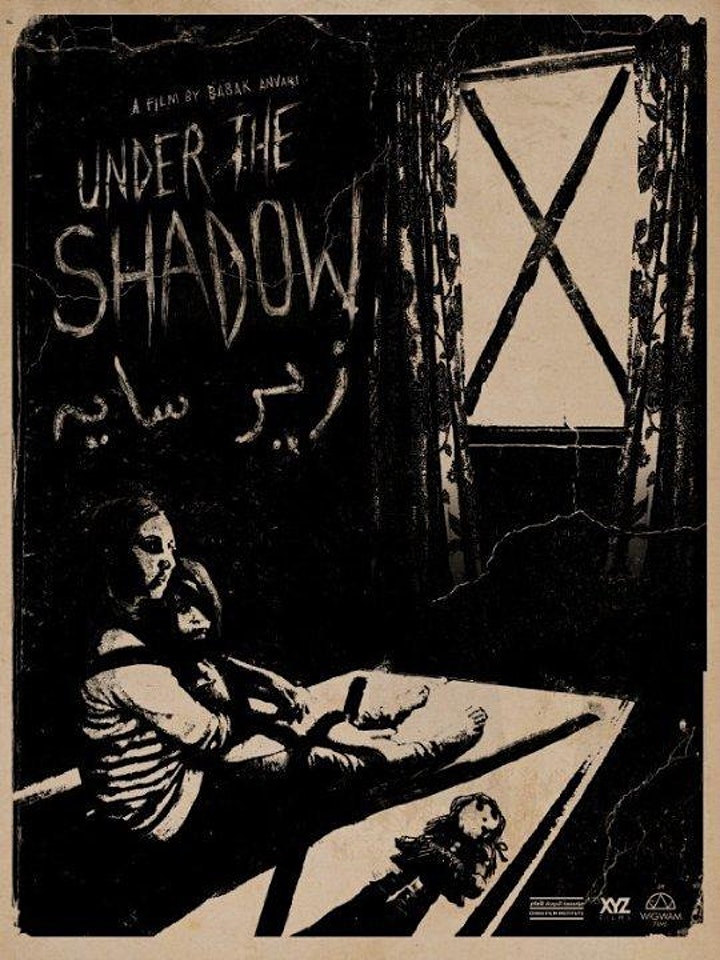